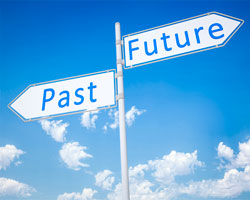 Southern Credit Union was established over 81 years ago by employees of the Southern Railway in Chattanooga. They wanted a place where they could have payroll deduction for savings and loans.  Times were tough and the economy was in bad shape. World War II changed the economic landscape. Chattanooga was near Ft. Oglethorpe, GA which was an army training camp. Many soldiers trained and shipped out from Chattanooga, most of them by train. Remember that old song, "Pardon me boys, is that the Chattanooga Choo Choo?"  It was a hit during the war era and remains a theme song for Chattanooga.

Thankfully, the war ended and a consumer economic boom followed. Back in those days, financial institutions didn't want to loan money for consumer goods so families often paid higher prices for buying 'on time'. Families wanted to take advantage of the GI bill. New homeowners wanted to have all the latest gadgets for their homes. The credit union demand increased and grew.

Southern Credit Union has had a tradition of providing the most up to date financial services; we were one of the first to offer share draft checking and home mortgages. The credit union motto, "People helping People," remains true at Southern. You are family at Southern. Over the years, membership has expanded to include select employee groups seeking credit union services. We seek continuous improvements to bring our members the best of financial services and products at the most competitive costs and highest yields on deposits. Without the dedication of members like you, we would not be in business. Thank you for choosing Southern Credit Union!

Southern Credit Union is committed to providing a website that is accessible to the widest possible audience in accordance with ADA guidelines. We are working to increase the accessibility and usability of our website for all people. If you are using a screen reader or other auxiliary aid and are having problems using this website, please contact us at 423-629-2578 for assistance. Products and services available on this website are available at our office located at 508 National Avenue Chattanooga, TN 37404 or branch office: 516 Merchants Road Knoxville, TN 37912.